Leave a Comment on Important gadgets for an effective smart home

The smart home industry is expanding, and everyone wants to be a part of it. As more people discover how valuable smart devices can be, this trend that was previously dismissed as a fad is being validated.

Right now, there are a lot of smart devices and gadgets on the market, and more are being released every month. It’s natural to feel overwhelmed. so if that’s you right now don’t feel bad

The trick, according to www.makeuseof.com, is to start small and slowly. Choose one device that appeals to you and master it before introducing another to your house. There’s no need to rush because it’s a process. If it helps, you can think of it as a hobby. Spread out your smart home purchases across several years and upgrade as needed. If every smart gadget is an organ in the human body, the brain is the smart hub. It doesn’t accomplish anything exceptional on its own, but it serves as a control center for everything else.

A smart assistant is like a supercharged smart hub. It can do a variety of things on its own, such as take notes or purchase online, in addition to controlling other network devices. You already know what a smart assistant can accomplish if you’ve heard of Amazon Echo or one of its versions.

The controller and receiver must both support the same protocol in order for a hub or assistant to control another device. A protocol can be thought of as a type of language that smart devices use to communicate. Some devices only support one protocol, while others support many protocols, but none of them support all of them.

As of this writing, there is no industry standard protocol. However, because Z-Wave and ZigBee are the most popular, stick with them if you want the most flexibility. Bluetooth and Wi-Fi connectivity are also advantageous.

Smart hubs, on the other hand, may become outdated in the next years as smart assistants gain in popularity. As a result, choosing between the Amazon Echo and Google Home is a safer decision. Both devices are currently highly popular and have promising prospects.

To be clear, a smart home does not necessitate the use of a smart hub or assistant. Only a few smart gadgets require one; many smart devices work very well without one. A hub or assistant simply gives you more control, flexibility, and automation, which is especially useful if you want to use numerous devices at the same time. 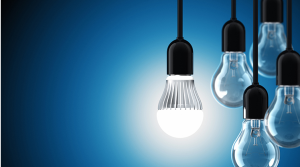 You can use your smartphone to control the lights in your home with smart lighting. There are three categories of smart lighting devices to consider while making your selection:

1) Smart plugs are similar to outlet middlemen in that they connect to an outlet and allow another device to plug into it. You can use your smartphone to control the smart plug’s on/off state, as well as its connected device.

2) Smart bulbs are light bulbs that can be controlled individually by a smartphone and are intended to replace incandescent, CFL, and LED bulbs.

3) Smart switches are light switches that can be controlled individually by a smartphone, similar to ordinary light switches. They’re hardwired into your home’s electrical system, which necessitates a little more expertise and caution than plugs and bulbs.

We advise keeping clear from smart plugs. Instead, spend your money on a real smart device. Smart plugs were intriguing when they initially appeared, but their novelty has worn off, and they no longer provide any distinctive benefits.

Smart entertainment comes in many forms, but the most common is media streaming. With the right smart entertainment setup, you won’t need cable TV anymore — just stream your favourite shows and movies off the Internet on demand.

One of the few smart products that can genuinely save you money is a smart thermostat. You’ll pay between $100 and $300 up front, but you might save hundreds of dollars every year on your energy cost. It won’t take long for a smart thermostat to pay for itself.

Most individuals don’t know how to use the thermostat in the most energy-efficient way, and those who do are too busy or lazy to do it all year. A smart thermostat optimizes comfort while reducing energy waste by controlling heating, cooling, and fan units.

The following are some of the characteristics found in smart thermostats:

To install the device, you’ll need some basic electrical expertise. If you’re not careful, you could get hurt! You’re not sure how to cope with wires? Obtain assistance from a buddy or pay for professional installation. A smart sensor is a device that detects environmental changes and sends you a notification (by email, text message, or push notification). Motion sensors, smoke/gas sensors, open/closed sensors, moisture sensors, and even air quality sensors are all common sensor types.

While these may appear uninteresting, they could turn out to be one of the best smart devices you ever purchase, especially if you own a home. Is the price tag justified? Absolutely.

Motion sensors, in particular, are highly versatile: if used wisely, they can significantly improve your life. Open/closed sensors can detect when windows are left open (for example, when your teenager slips out late at night) or when doors are not properly shut.

Moisture sensors can detect leaks before they cause property damage, while air quality sensors can aid with allergies, asthma, and other health problems. Most significantly, smart detectors have the potential to save your life. “Hidden cameras that you can watch and operate using your smartphone” is what a smart surveillance system is. You can check in on your home at any time from anywhere, whether you’re at a friend’s house, a restaurant, or on a road trip.

Footage recording, cloud storage, facial recognition, motion-based alerts, and night vision are all features that a smart surveillance gadget may include.

Another important note: Do not use baby monitors that are connected to the Internet! You’d be shocked how simple it is to hack into one of these and snoop on your child. It’s also a good reason to keep smart assistants away from your kids. Other baby-related smart gadgets, such as digital video monitors that use a dedicated signal rather than Wi-Fi, can be useful. 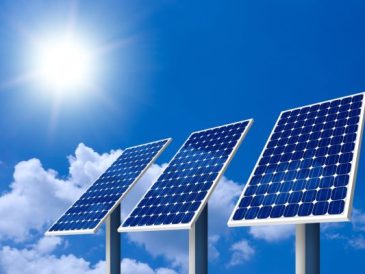 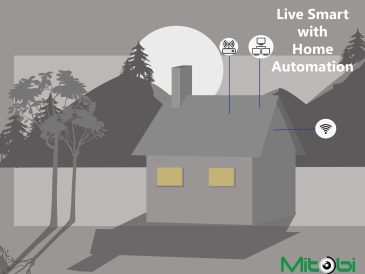 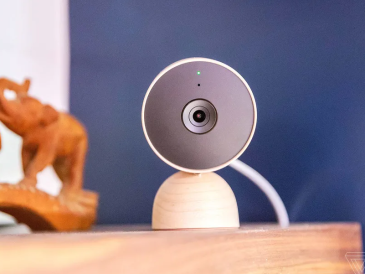